With Jesus, there is love that knows no color, a love for our neighbor as ourself, a love that seeks justice for all, and a love upholds and seeks out truth. Without God, sin runs deep and the recent murder of George Floyd and subsequent violence and rioting are just one example of a country that has turned its back on God and embraced all forms of sin, hatred and lies.

If we remind ourselves of God’s commands, we can quickly see how far we have gotten from God. It should be no surprise that we find ourselves where we do today. The more we remove God from our Country, the more turmoil and hate it seems we have.

How have we strayed?

Here are a few ways from Exodus 20 for starters:

“You shall have no other gods before me.” We are in a world now where if we don’t embrace all religions we are labeled as intolerant. When the truth is, having no other gods is a command of God’s, not man’s.  “I am the first and I am the last; besides me there is no god.” Isaiah 44:6

“You shall not commit adultery.” According to the Marriage and Divorce journal, “70% of all Americans engage in some kind of affair sometime during their marital life.” Undoubtedly some of those marriages end in divorce — something God hates. (On a positive note, less than 1% of couples who pray together daily end their marriages.)

“You shall not murder.”  In the US, we not only see murders daily, we have legalized murders in the form of abortion. It is estimated that about 3,000 babies are killed each day which accounts for almost 1 million lost lives a year in the US alone. God has made it clear in His Word that we are not to murder yet man seeks to justify this form of murder with an unmerited loophole.

“Today churches across America are committing a great crime against the Holy Spirit. Pastors have placed their opinion above the Word of God. Their priorities have filtered out the Holy Spirit,” Murillo says.

“Jesus told us a central mission of the Holy Spirit: ‘And when He has come, He will convict the world of sin, and of righteousness, and of judgment’ (John 16: 8). Vital corrections and prophetic warnings of the Holy Spirit meant to save a nation were filtered out by a fabricated truce with sin. In the process, they have created monsters—self-absorbed believers who are ignorant of the Bible, disarmed from combat, and useless in the crusade to bring America back to God. As a result the church has produced a generation of Christians for whom theology is irrelevant and whose lives outside the church do not differ practically from those of atheists. How else can you explain so-called believers voting for a party that hates God, Israel, marriage, and the unborn?” continues Murillo.

So why are we surprised there’s so much sin, division, unrest, hatred, and injustice in our country? We have turned our backs on God, taking him out of everything, allowing the perverted opinions of those in high places to push and do the opposite of what God’s word says.

The solution is also found in God’s Word,  “…if my people who are called by my name humble themselves, and pray and seek my face and turn from their wicked ways, then I will hear from heaven and will forgive their sin and heal their land. Now my eyes will be open and my ears attentive to the prayer that is made in this place.” 2 Chronicles 7:14-15

“But you were washed, you were sanctified, you were justified in the name of the Lord Jesus Christ and by the Spirit of our God.” 1 Corinthians 6:11 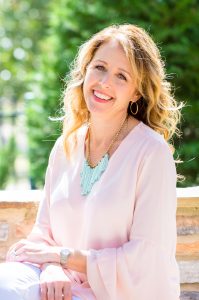